Grabbit’s back with some new tricks

Rebuilt using unity, Grabbit 2 is a completely new version with all the features from the first version but now with some more bugs and a local network mode.

Use your tongue to catch as many bugs as you can. – that’s pretty much it! 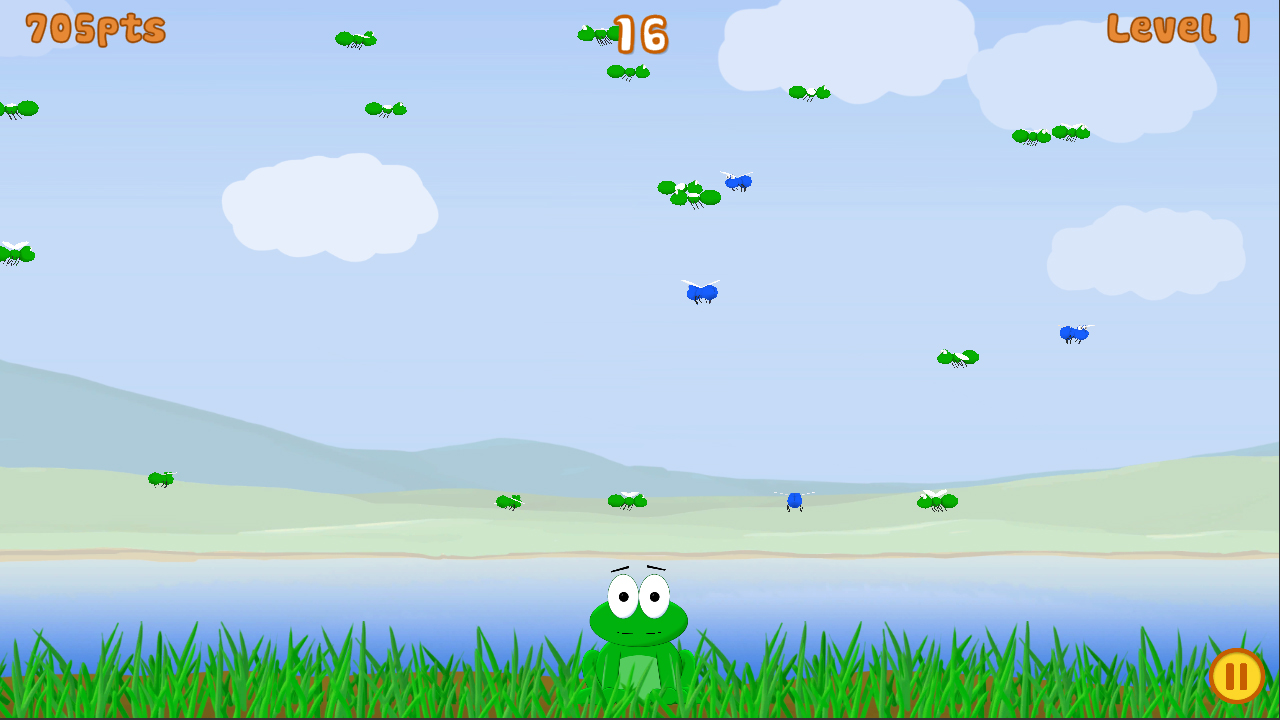 1. Figure out where you want to shoot your tongue 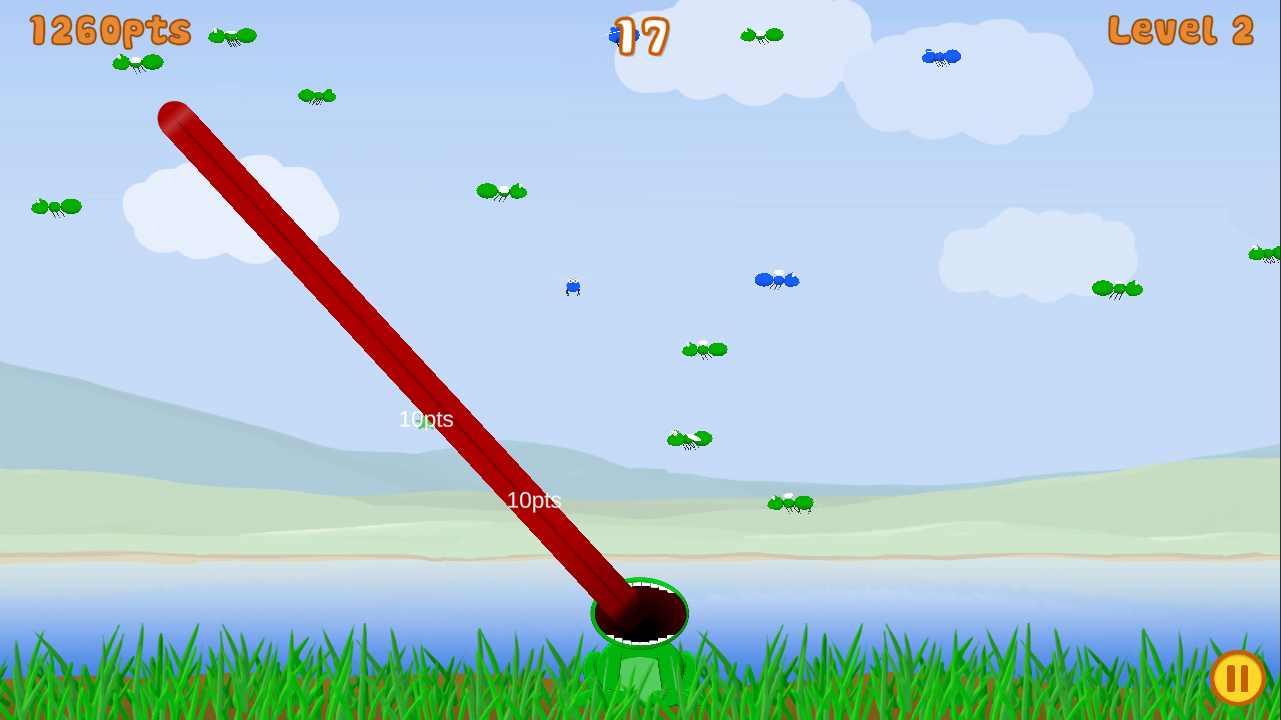 Catch as many bugs as you can before the timer runs out. Every 30 bugs you catch gives you 15 secs extra time and moves you up a level for higher scoring bugs 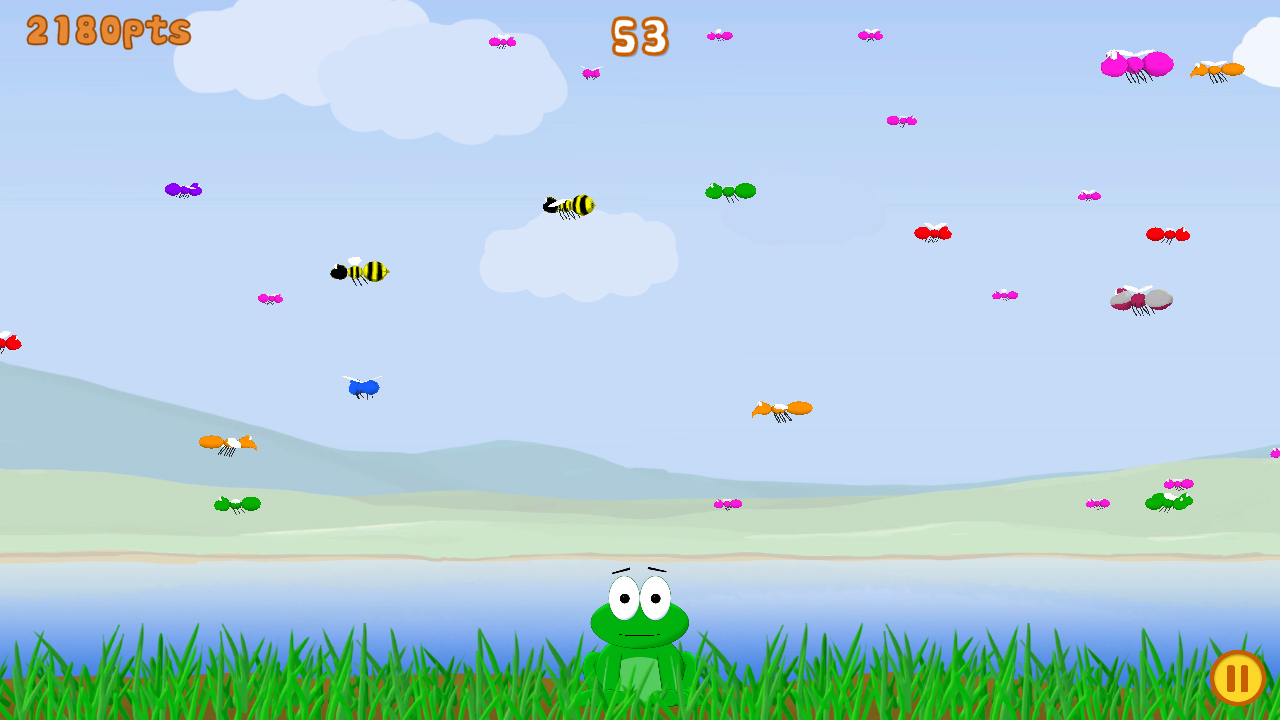 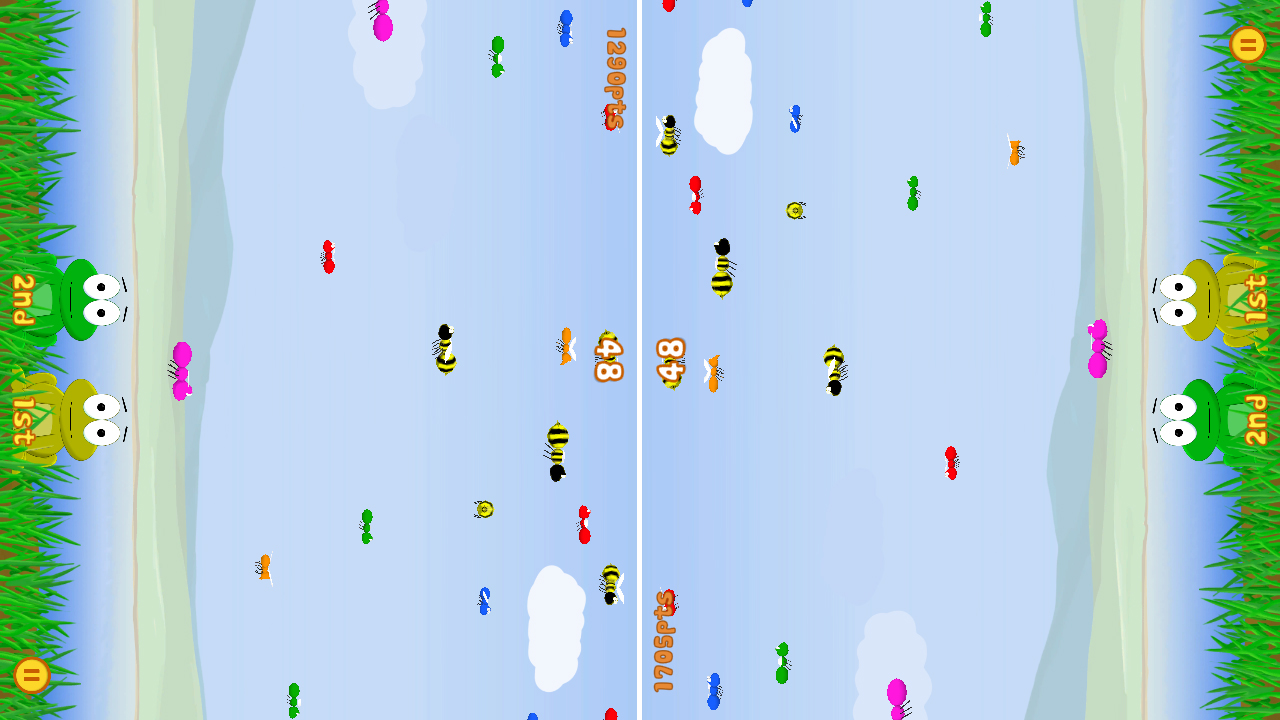 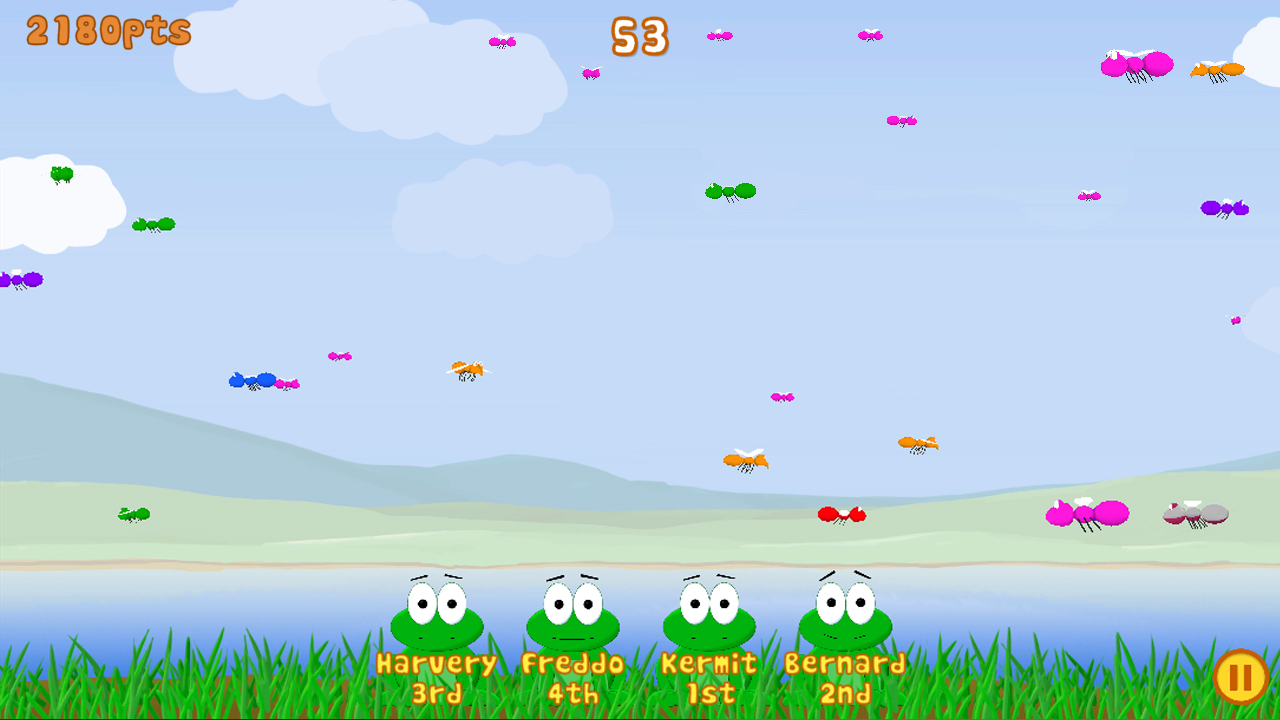 Hook up with some friends on your local network and play a game of Frenzy. Up to four players can be in the one match.

Green Bug
The most basic of bugs – easy to catch
10pts

Bee
A little bit slow, but will sometime fight back
100pts

Armoured
Strong, but not fast. Takes 3 hits to defeat
200pts

Yellow Bug
Smaller than the normal bugs, they fly in single file across the screen
10pts each, with some bonus points if you get them all. In Classic you also get a 10sec time bonus if you catch them all

Here are the different power-ups you may see in the game:

These power-ups will give you a bit of an advantage

Twins
Gives you a secondary frog to control

Random
Gives you a random power-up from this list

Lightning
Causes your opponent to get struck by lightning

Crate
Drops a crate on your opponents head

Anvil
Causes an Anvil to fall on your opponents head

Avoid these if you can – they will slow you down.

Lightning
Causes you to be struck by lightning

Crate
Drops a crate on your head

Anvil
Drops an Anvil on your head

Anvil
Sometime a Bee will carry in an Anvil with the intention of dropping it on your head. If you are quick enough you can get the bug before he is over you and he will safely drop the anvil next to you. 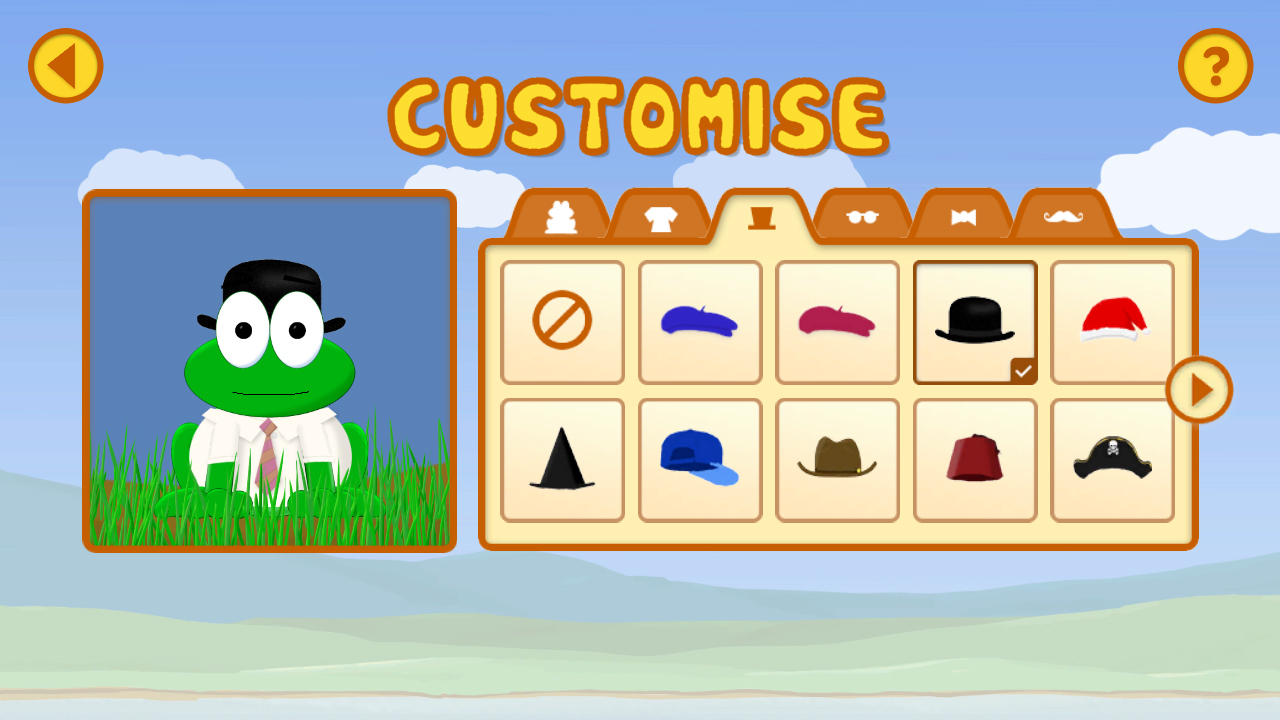 By playing the single player games – Classic and Frenzy – you earn rewards that can be used to customise the look of your frog.
The longer you play, the more rewards you will unlock, and the bigger variety of looks you can make.
If you want to speed things up, you can choose to watch an add to decrease the time between rewards, or pay to unlock all of the rewards in one go.

Here’s some tips for getting good scores

iPad, iPhone, iPod Touch and iOS are trademarks of Apple Inc., registered in the U.S. and other countries. App Store is a service mark of Apple Inc. Android is a trademark of Google Inc